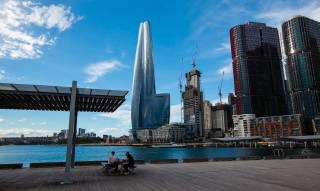 SYDNEY: The government of the Australian state of New South Wales (NSW) has warned younger and older residents to remain alert for symptoms of meningococcal disease following the recent emergence of a number of cases. NSW Health on Friday reported that there had been 15 cases of bacterial disease. They also reported the death of a 40-year-old Sydney man from the disease, which they were notified of on Thursday. Meningococcal’s symptoms include limb pain, severe headaches, sensitivity to light, stiffness in the neck and a red-purple rash. Executive Director of Health Protection NSW Jeremy McAnulty said symptoms can progress extremely quickly and early intervention could be lifesaving. “If you suspect meningococcal disease, don’t wait for the rash — see a doctor immediately,” said McAnulty, adding that the rash normally associated with the disease can often arrive at later stages of the disease. He added that parents should call emergency services if their children’s symptoms rapidly worsen. Meningococcal disease is characterized by swelling in the brain and spinal cord, and proves fatal in between 5 and 10 percent of patients, with nearly half of infections resulting in permanent disability. The bacteria from the disease resides in the back of the throat and can only be spread through close contact with saliva. The disease is uncommon in Australia due to widespread vaccination but can still spike in late winter and early spring, particularly among children. In Australia, a free meningococcal vaccine is provided for children at 12 months of age and between ages 15 to 19.